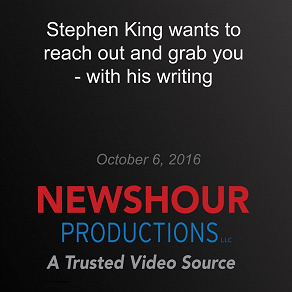 by Stephen King
Novelist Stephen King is best known for his works of horror, but he says what scares him the most is not being able to write. Jeffrey Brown spoke with him at the Library of Congress National Book Festival about his latest novel, End of Watch, the last in a trilogy, and about writing itself -- how he lets the story go where it takes him, his writing routine and his dread of a blank slate.
Listen to sample
Log in to borrow